Janoris Jenkins "We Came Here to Win" by Players Tribune 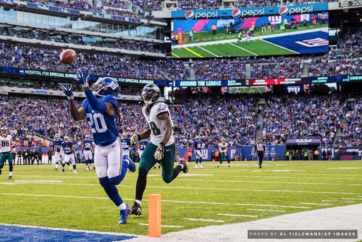 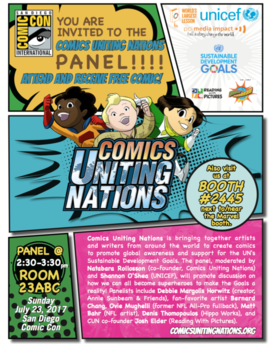 SAN FRANCISCO – Thursday, July 20, 2017– As part of the San Diego Comic Con International Show, NFL Pro Athlete and environmental activist Ovie Mughelli will introduce a new graphic comic that unites both sports and environment to take action to combat climate change and its impacts.  Teaming with Comics Uniting Nations, former Atlanta Falcons full back will participate in a discussion bringing together artists and writers from around the world to create comics to promote global awareness and support for the United Nation’s Sustainable Development Goals.  The panel will take place on Sunday, July 23 from 2:30pm - 3:30pm in Room 23 ABC.

This weekend’s unveiling of GridIron Green will showcase the comic’s Cover, illustration details and character images, as well as meet n greet opportunities with Mughelli to learn about the comic’s objective and relevance to his own story.  Mughelli’s debut comic GridIron Green is a fictional superhero with real life portrayal of himself.